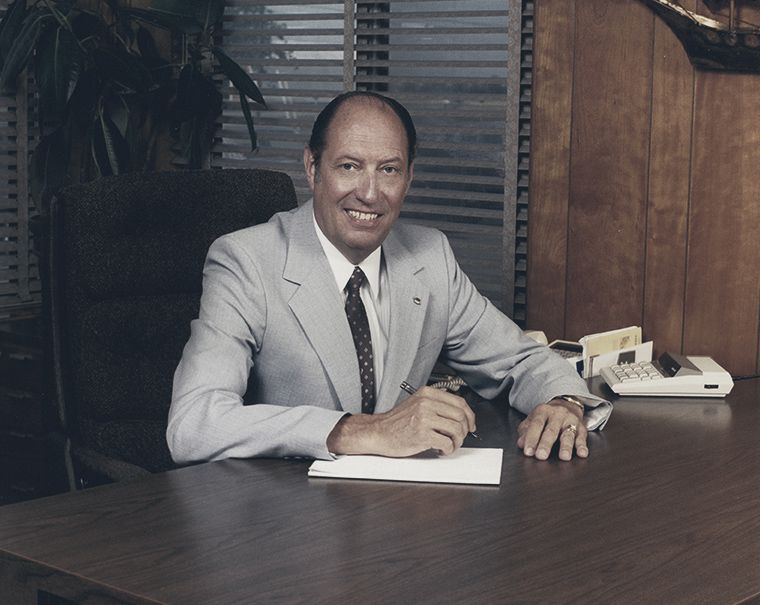 Dennis joined Midwest Rubber in Detroit right out of college in 1957 and stayed with the company following the move to Deckerville in 1958. Over the next five decades he remained with Midwest Rubber through several ownership changes and reorganizations.

In 1967, Midwest Rubber was sold to Bohrman Manufacturing, beginning a successful 20-year era of growth with Dennis staying on as vice president and general manager and helping expand operations.

Bohrman sold to Sudbury Incorporated in 1987, and again Dennis was asked to remain as president and general manager of the Deckerville Division. Although Deckerville flourished, Sudbury did not and filed for bankruptcy within five years. Dennis stepped in, and was an influential mediator and negotiator in convincing the banks to sell the Deckerville Division to Newcor Inc. in 1992.

Newcor Inc. convinced Dennis to remain on as president of the Deckerville operations, but eventually transferred him to Newcor Corporate Headquarters to acquire and develop a new group of rubber and plastic companies. This led to the acquisition of four major competitors and the formation of the Newcor Rubber and Plastic Group, with Dennis becoming a corporate vice president responsible for this new group.

In 1998, Dennis announced his retirement from Newcor, but his love for Midwest Rubber and Deckerville remained strong. Sensing an opportunity, Dennis formed a partnership with Ken Jehle, Earl McHugh and Don Rose. The partnership, named KEDD, purchased Midwest Rubber from Newcor in 2003. This management group, which now includes Chris Jehle, continues to operate Midwest Rubber Company to this day.

Thank you, Dennis, for your enthusiasm, vision, and leadership for over 50 years. Your spirit lives on in Deckerville.