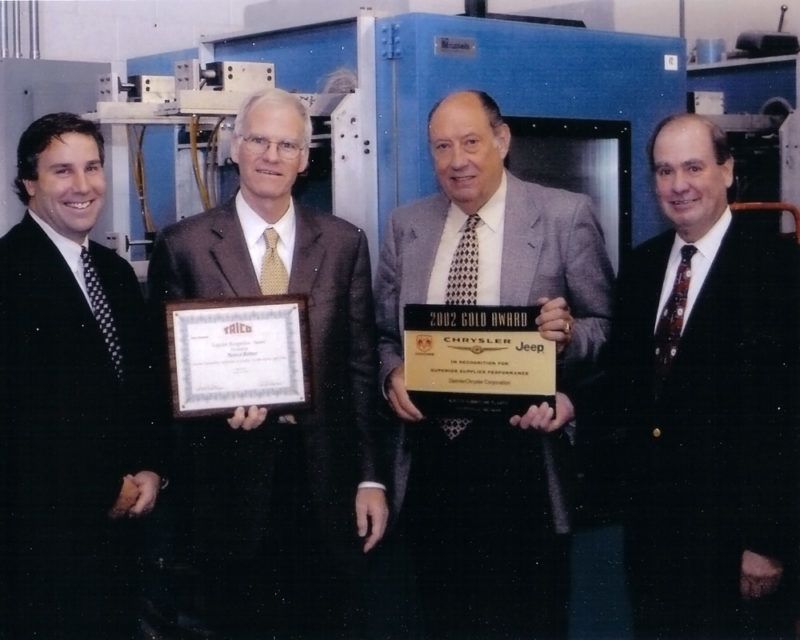 Midwest Rubber Company was founded in the post-World War II boom years in Detroit, Michigan in 1946 by the late W. A. Kurt. Although entrepreneurial in spirit, Midwest Rubber was business-driven, and by 1954 was supplying Detroit’s Big Three with a variety of parts. Within 12 years, Midwest Rubber’s business had outgrown their Detroit facilities and was relocated to the wide open spaces of Michigan’s “Thumb” in the rural farming community of Deckerville. Business demands continued to require expanding their facilities, and currently Midwest Rubber’s Deckerville plant encompasses 88,000 square feet of modern and well-equipped engineering, testing and manufacturing facilities. According to company officials, the real company is not the building, machinery, or even the business that is conducted. It is the people of Midwest Rubber. They are a hard-working, dedicated, and creative team.

The company employs about 100 people making a living here and keeping jobs in America. Some jobs were lost to China when a downturn in the economy forced global competition. After a very short time, the overseas business returned to Midwest Rubber, Deckerville. Throughout much of Midwest Rubber history, the mainstay of its business has been automotive components. More recently, its number one market segment has become the medical industry. They also make products for heavy duty truck, farm machinery, consumer goods and military vehicles. The company faced the 2008 recession head-on, and the true spirit of Midwest Rubber and its people could not be broken. Midwest Rubber survived by the strength and determination of its people. Today, they continue to work their way back to a strong position in the industry. The company’s engineering services and its diversity of products are highly sought after.